The life and work of a global Lithuanian

Expositions are free of charge for the following visitors: museum employees; members of the International Council of Museums (ICOM); members of artist associations, the Lithuanian Association of Art Historians, the International Association of Art Critics, the Lithuanian Association of Archaeologists, the Lithuanian Guide Union, the Lithuanian Journalist Union, and the Lithuanian art photographers Union; students of Vilnius Art School for Children and Youth; friends and benefactors of the museum (upon the submission of an appropriate document); cadets and conscripts from General Jonas Zemaitis Military Academy of Lithuania; soldiers of the Lithuanian Grand Duke Gediminas Headquarters Battalion; soldiers in mandatory military service; army volunteers; pre-school children; residents of children care homes and socially supported children; the handicapped (0-25% work capacity) and their accompanying persons; persons from 80 years of age; teachers accompanying groups of schoolchildren; journalists; employees of the Cultural Heritage Department at the Ministry of Culture and its territorial branches, with a civil servant’s or employee’s identification card; all visitors on the last Sunday of each month.

Information for disabled visitors: exhibition rooms of the Jonas Šliūpas memorial homestead do not have wheelchair access.

Guided tours are available in Lithuanian, English and Russian languages. Guided tours must be ordered in advance by phone or e-mail (+370 (460) 5 45 59, j.sliupo.sodyba@lnm.lt). 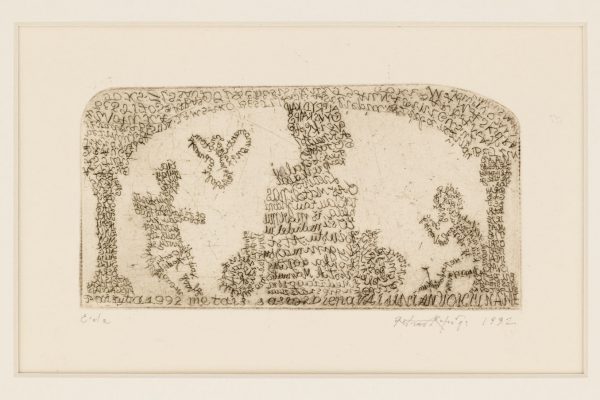 A visit to the Burgomaster Jonas Šliūpas Museum in Palanga is like being transported into the home of an interwar Lithuanian intellectual, and an introduction to a controversial and uncompromising individual.

Šliupas’s study and living room, which are excellent examples of Lithuanian interwar interiors and have been reconstructed based on his son Vytautas’s accounts as well as historical sources; photographs from different stages of Šliupas’s life; books that he published; interwar Palanga postcards and copies of the Aušra and Varpas newspapers.

The museum accords considerable attention to the activities of Jonas Šliupas (1861–1944) in the United States, where he lived and worked for more than thirty years, while Lithuania was still under Imperial Russian occupation. There he was active in spreading Lithuanian culture and values and promoting ideas about science and freedom, while attempting to promote the idea of an independent Lithuania in political circles. Šliupas’s activities also reached as far as Sweden, Russia, Ukraine and Switzerland.

The museum exhibition presents Šliupas’s intense political, social and private lives. Particular attention is paid to the final chapter in his life, which was spent in Palanga, at the time considered by Lithuanians to be an insignificant town at the end of the world. During the interwar period of Lithuania’s independence, Šliupas became Palanga’s first burgomaster. He transformed the town into a popular resort and a pleasant place for locals to live, and contributed to the rebuilding of Palanga after a large portion of it was destroyed by fire.

The exhibition also introduces visitors to two women – Liudvika Malinauskaitė-Šliupienė and Grasilda Griauslytė-Šliupienė, who accompanied Šliupas at different stages in his life. For those times, these women’s activities and personalities were just as exceptional as Šliupas’s.

One of the most unique branches of the National Museum of Lithuania is the Burgomaster Jonas Šliupas Museum, located in the town of Palanga, which is commonly known as Lithuania’s summer capital.

The museum is located in a typical one-story wooden villa with an attic. Its architectual features—an ornamental cut wooden cornice and a glassed-in veranda—are typical of the resort town’s buildings.

At the end of the 19th century this wooden home belonged to the aristocratic Tiškevičius family, who rented it out to their courtiers, who, in turn, let it to summer holidayers. During the First World War the German army used it as a topography office which tracked shifting Baltic Sea shorelines following storms. When Palanga joined the territory of the newly independent Lithuanian state, most of its villas and guesthouses changed hands once again.

In the summer of 1930, the promoter of Lithuanian national identity Jonas Šliūpas moved to Panaga. He purchased a house opposite this historic villa, which soon became his home and workplace. In 1933 Palanga obtained restort town status thanks in large part to Šliūpas’s efforts and he himself was elected its first burgomaster. The villa became the burgomaster’s residence and the home of this important Lithuanian political figure until 1944.

The Dr. Jonas Šliūpas Memorial Museum opened here 1989 and became a branch of the National Museum of Lithuania. In 2020 it was renamed the Palanga Burgomaster Jonas Šliūpas Museum, with a memorial plaque by sculptor Petras Gintalas.