Master of OpArt and his collection

Guided tour for groups (from 4 to 10 persons)

* Full-time pupils of schools of general education; full-time students of schools of higher education; citizens of the Republic of Lithuania and other countries of the European Union studying full-time in schools of higher education in the member states of the European Union; pensioners (under 80); persons who suffered from the occupations between 1939 and 1990 – political prisoners and deportees, former inmates of ghettos and concentration or other forced labour camps; persons who fought for the independence of the Republic of Lithuania and suffered from Soviet aggression on 11–13 January 1991 and onwards; participants in the resistance movement against the occupations between 1940 and 1990 – volunteer soldiers and freedom fighters. Discount is applied upon presentation of an appropriate ID.

Exposition is free of charge for the following visitors: pre-school children; residents of children’s care homes and socially deprived children; teachers accompanying groups of schoolchildren; persons with a severe disability and accompanying persons; persons aged 80 years or over; journalists; members of the Lithuanian Guide Union; tour guides accompanying tourist groups; museum employees, members of the International Council of Museums (ICOM) (upon the submission of an appropriate document); tourists with the Vilnius City Card; all visitors on the last Sunday of each month.

Information for disabled visitors: exhibition halls of the Kazys Varnelis House-Museum do not have wheelchair access.

Individual visitors who have purchased a ticket can attend only 14 of 43 exhibition halls, including temporary exhibitions. The rest of the museum can be visited only with a tour guide. Guided tours, depending on the price, can be themed (up to 1 hour) or exclusive, during which visitors are admitted to the personal library and studio of the artist.

Guided tours are available in the Lithuanian, Russian and English languages. Guided tours must be ordered in advance by phone or e-mail ((8 5) 279 16 44, k.varnelio.muziejus@lnm.lt).

Book Art: the most beautiful Lithuanian and Czech books 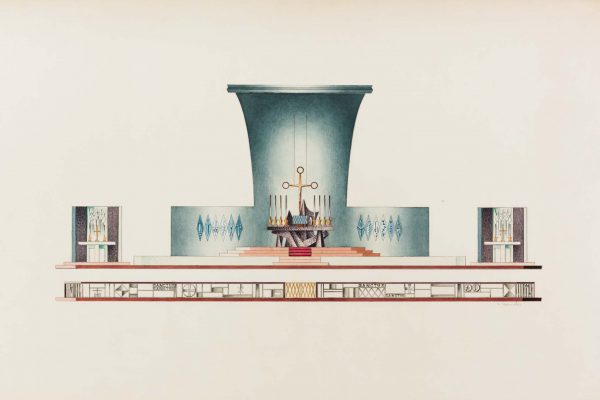 At first glance, the house–museum of the Lithuanian émigré artist and collector Kazys Varnelis looks like a small residential building. In fact, though, it contains more than 40 exhibition spaces combining antique graphic arts, maps, Western European sculpture and painting, historic furniture and Asian artworks, as well as Varnelis’s own optical art compositions.

The only examples in Lithuania of Spanish artist Francisco Goya’s etchings, from the famous cycle Los Caprichos (1798); the famous 1631 Radziwill map of the Grand Duchy of Lithuania; impressive black-and-white masterpieces of optical art, including the work “Convex and Concave”; examples of modernist furniture.

Kazys Varnelis (1917–2010) was born and raised in Lithuania. During the Second World War he left to study in Austria, then later moved to Germany, finally settling in the United States in 1949. There he developed his mature style and became a well-known representative of op art as well as a passionate collector of antiques and rare books. After more than half a century in the emigration, Varnelis returned to Lithuania in 1998. He took residence in a building on Didžioji Street in Vilnius and began to establish a museum in it. The artist worked continuously on improving the exhibition, creating unexpected and contrasting combinations, with time turning the museum itself into a work of art.

Today the visitor can independently explore fourteen of the museum’s rooms; others can be viewed with a guide, which requires advance booking. The extended tour offers the opportunity not only to become acquainted with Varnelis’s painting and collection, but also see his 10,000-book library and the artist’s unique studio space.

The Kazys Varnelis House–Museum is the first such Lithuanian museum created by a collector and also the only branch of the National Museum of Lithuania dedicated solely to art.

The optical art master Kazys Varnelis’s house-museum is located in the very heart of Vilnius Old Town, at 26 Didžioji Street. But it only looks small from the outside – in fact, the museum is an extensive labyrinth of several connected buildings.

Dating back as far as the 15th century, these buildings are among the oldest on Rotušė Square. They are excellent examples of Vilnius Gothic and Renaissance architecture, and contain many authentic antique details. Niches, arches, fireplaces, a Gothic era toilet—these kinds of elements help us better understand the everyday life of the Vilnius residents who once lived and work here.

The complex consists of buildings arranged over two plots: the Small Guild House and the so-called Masalskis or Merchant House.
It is known that in the 15th century, perhaps even from the late 14th century, the Small Guild House belonged to the Mamoničius family of merchants, then later to the Maksimovičius family, who in 1608 handed the building, or part of it, to dozens of the city’s merchants. In the late 17th to the early 19th centuries it was owned by the Basilian monks, then later by the Old Believer Monastery of the Holy Spirit. Over the next several centuries the building functioned as a warehouse for goods, and also contained craftsmen’s workshops, pubs and stores. It is believed that a merchants’ hotel also functioned on the second floor.

The adjacent building was erected at the turn of the 18th century and was owned by the Masalskis, Tšeciakas, and Davidovičius families, as well as the important Domanskis merchant clan. Like many Vilnius buildings, this one was also seriously damaged by the great fire of 1749. The building housed shops and a pharmacy, while the second floor contained residential apartments. This building also still contains a rare feature for Vilnius buildings – a very large open fireplace. Both buildings’ exteriors also underwent many changes – today we can count as many as ten stages of construction.

In 1993 Vilnius city council allocated the building to the Kazys Varnelis Museum. With great sensitivity to and respect for old Vilnius stonework and architecture, the Lithuanian émigré artist Kazys Varnelis (1917–2010) created a true art labyrinth here. In an exhibition that winds through more than 40 rooms, the museum invites visitors to experience a harmonious dialogue between artworks and architecture.