Where love of country was poured into the national anthem

Expositions are free of charge for the following visitors: museum employees; members of the International Council of Museums (ICOM); members of artist associations, the Lithuanian Association of Art Historians, the International Association of Art Critics, the Lithuanian Association of Archaeologists, the Lithuanian Guide Union, the Lithuanian Journalist Union, and the Lithuanian art photographers Union; students of Vilnius Art School for Children and Youth; friends and benefactors of the museum (upon the submission of an appropriate document); cadets and conscripts from General Jonas Zemaitis Military Academy of Lithuania; soldiers of the Lithuanian Grand Duke Gediminas Headquarters Battalion; soldiers in mandatory military service; army volunteers; pre-school children; residents of children care homes and socially supported children; the handicapped (0-25% work capacity) and their accompanying persons; persons from 80 years of age; teachers accompanying groups of schoolchildren; journalists; employees of the Cultural Heritage Department at the Ministry of Culture and its territorial branches, with a civil servant’s or employee’s identification card; all visitors on the last Sunday of each month.

Guided tours are available in Lithuanian, English and Russian languages. Guided tours must be ordered in advance by phone or e-mail (+370 (345) 5 74 51, v.kudirkos.muziejus@lnm.lt). 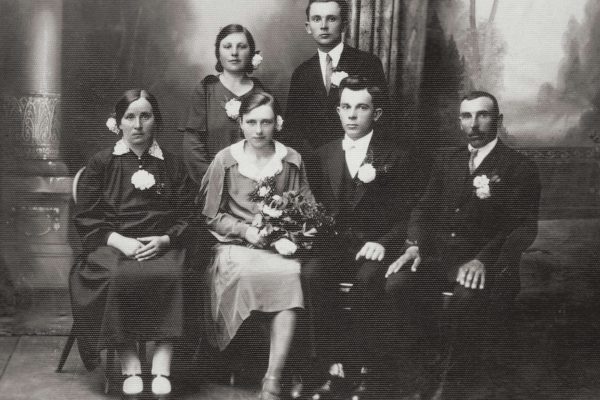 And he gave me a ring of gold…

The Vincas Kudirka Museum introduces visitors to Vincas Kudirka, the author of the Lithuanian anthem, as well as the town in which he spent the final years of his life.

The exhibit includes items related to Kudirka’s life and person – a piano he played while visiting friends in Warsaw; an original copy of the Varpas newspaper; manuscripts of literary translations by Kudirka including George Gordon Brown Cain and Friedrich Schiller’s William Tell. Interactive terminals allow visitors to look through copies of Varpas and Ūkininkas and to see a hiding place for banned books, authentic book smuggler items and a traditional 19th century North Suvalkija (Zanavykas) ethnic costume.

The Vincas Kudirka Museum introduces visitors to Vincas Kudirka, the author of the Lithuanian anthem, as well as the town in which he spent the final years of his life. It also tells the story of Lithuania in the second half of the 19th century, when the Czarist occupied country set out on its path to independence.

Vincas Kudirka (1858–1899) was a physician and writer. The exhibition presents his various activities, the political, literary and scientific newspaper Varpas, which he published, as well as the story of his personal life, the last past of which was spent in Naumiestis. A visit to the museum is therefore both a journey through the Suvalkija cultural region and its unique border town Kudirkos Naumiestis.

The museum also tells the story of a phenomenon that is unique to Lithuanian history and has been recognized by UNESCO – the story of Lithuania’s book smugglers, who circulated banned Lithuanian literature during a press ban (1864–1904) in the last stage of the country’s occupation by Imperial Russia, and which was instrumental in preserving the Lithuanian language.

The Vincas Kudirka Museum was established in the town of Kudirkos Naumiestis close to the border between Lithuania and Kaliningrad, Russia. It was in this town, which in the 19th century was called simply Naumiestis, that Vincas Kudirka (1858–1899) wrote the Lithuanian national anthem and spent the last years of his life.

The museum’s origins date to the 1950s, when a group of budding historians at the town’s school began to collect exhibit materials. In 1987 it finally became possible to hold an exhibition dedicated to Vincas Kudirka.

In 1998, thanks to the efforts of the Vincas Kudirka Foundation, a new museum was built on the site of a burned down house which, it later emerged, was indeed the one in which Kudirka lived and worked.

In the fall of the same year, the Vincas Kudirka Museum became a branch of the National Museum of Lithuania. On 5 December 1998, on the occasion of the 100th anniversary of the creation of the hymn and 140 years since Kudirka’s birth, the museum was officially opened with a gala event.
The museum building was designed by National Culture and Art Award recipient Audrius Ambrasas, in consultation with architect Vytautas Landsbergis-Žemkalnis. It was the first museum to be opened after the restoration of Lithuania’s independence. In February 2017 a renovated museum and new exhibits were opened to visitors.