Renewed exposition “From Flint to Gunpowder: Weapons through the Ages” 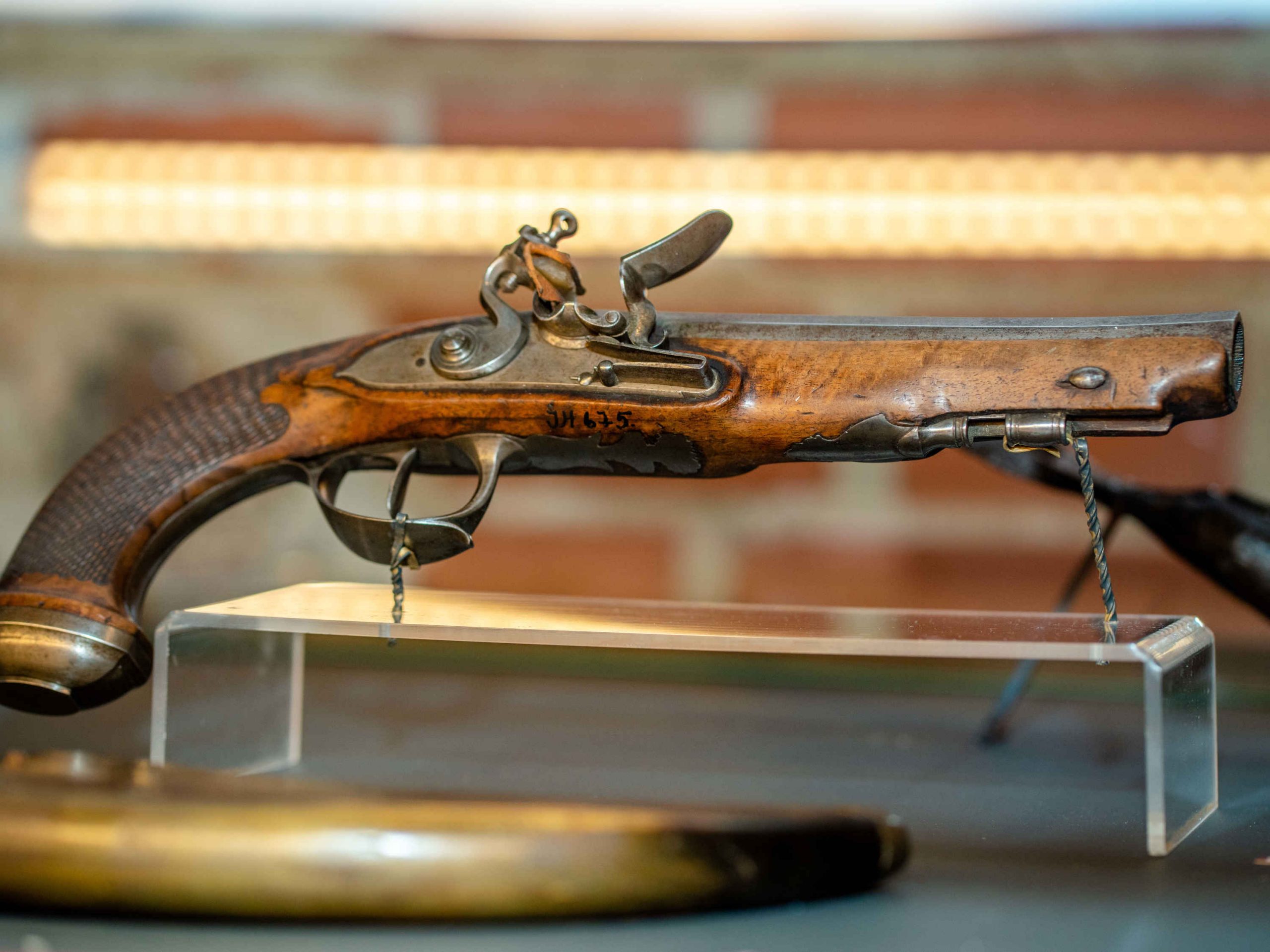 The renewed exhibition “From Flint to Gunpowder” invites you on a journey through many small stories about the evolution of weapons through the ages: how they changed, how the technology and materials used to produce them improved, and even how their purpose evolved. Initially, human-made weapons served as tools for hunting food and defending against enemies – usually animals. We still hunt animals today, but at some point in history weapons began to be aimed by humans at other humans, or by one group of individuals against another.

The earliest weapons on display in the first section of the exhibition are various types of flint arrowheads, knives, daggers, stone axes and maces. The mastery of non-ferrous metals allowed for the casting of much more effective copper alloy weapons. The first imported spearheads, axes, and swords began reaching Lithuanian territory. After iron began to be obtained from local marsh sediments, a true revolution began in daily life. Local craftsmen began to use iron to forge knives, spearheads, and axes. Over the ensuing centuries, the forms and, of course, the quality of those same weapons improved.

The most expensive weapons wielded exclusively by warriors from the highest ranks of society were swords. The first double-edged swords reached Lithuania from Western Europe and were later also forged locally with decorative cross-guards. The various Baltic tribes had different cultural traditions and used different weapons. Semigallians and Samogitians wielded impressive broad-bladed battle knives that served the same function as single-edged swords. Swords were most widely used by the Curonians, whose arsenal was also among the most formidable, although some Semigallians have also been found buried in graves accompanied by as many as six spears.

As weaponry improved, the bow and arrow was replaced by a more effective ranged weapon, the crossbow. The first use of ranged weapons on Lithuanian territory occurred in the second half of the 14th century, playing only a minor role in warfare at the time, but paving the way for the use of powder firearms in warfare. The abundance of unearthed flint strikers, lead bullets, and bullet moulds illustrates the proliferation of handheld powder firearms throughout the Grand Duchy of Lithuania in the 16th and 17th centuries. The typical weaponry wielded by noblemen in the latter half of the 16th century and early 17th century in the Grand Duchy of Lithuania is represented by weapons found submerged in Asveja Lake: a rapier, a pistol, and two arquebuses.
This exhibition, purposely displayed in the dungeons beneath the artillery bastion, the bulwark of defensive fortifications in 17th century Vilnius, continues the account of the city’s defensive history presented here.