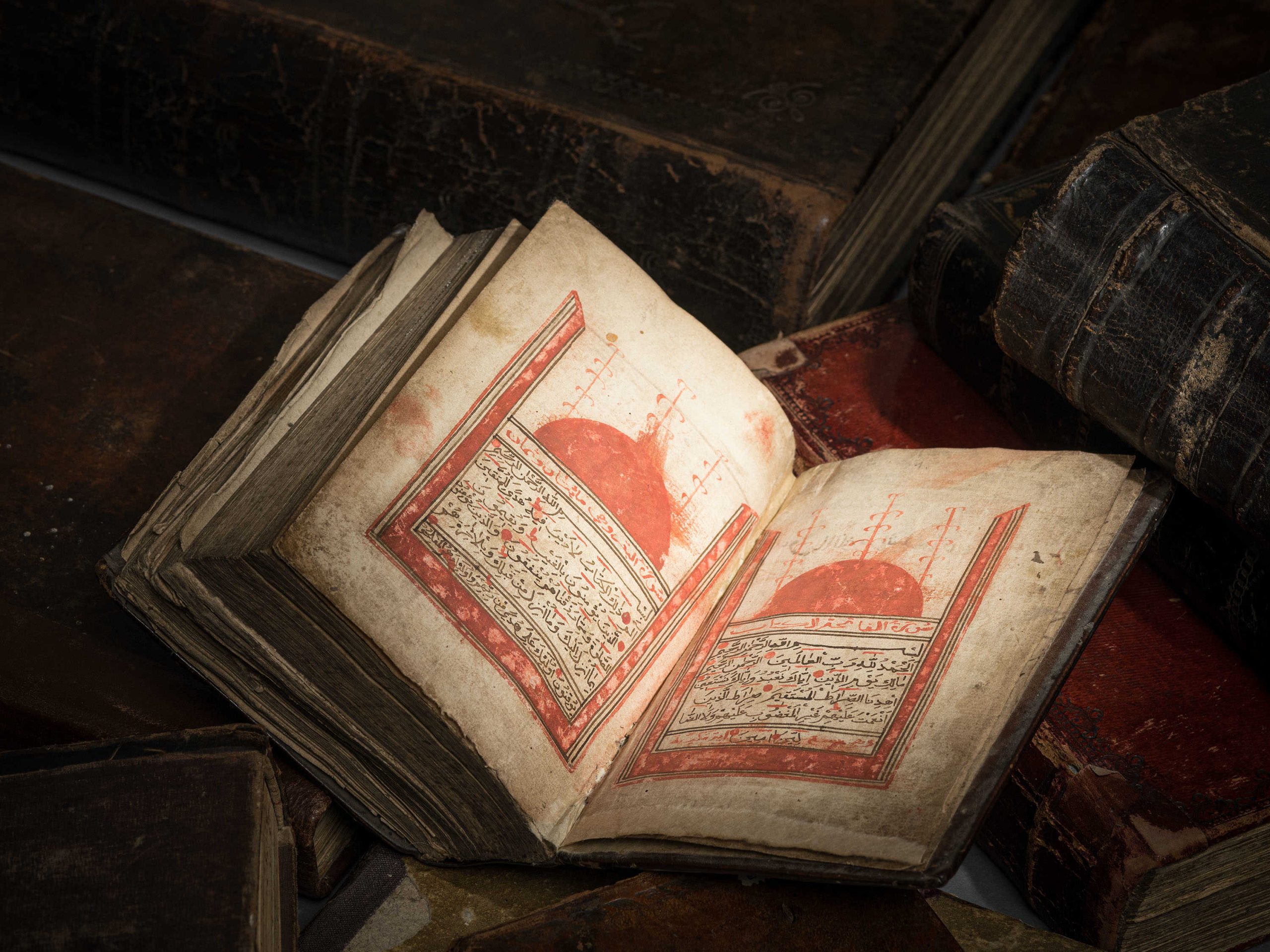 Lithuania’s Tatars are the descendants of the Golden Horde and the Crimean Khanate who arrived on the lands of the Grand Duchy of Lithuania in the 14th –16th centuries, establishing settlements, building houses of worship, and developing their own distinct culture. Today, their community is divided by the contemporary borders of Lithuania, Belarus, and Poland. In the mid-16th century, the greater majority of Lithuania’s Sunni Tatars stopped using their native Turkic language and began to converse in Ruthenian and later Polish. It was at this time when their first religious manuscripts began appearing.

Lithuanian Tatars developed a manuscript tradition which helped them preserve and foster their culture. Even after they adopted the language of their neighbours, they retained the Arabic alphabet: Books were written in Belarusian and Polish but in Arabic script. In addition to religious texts, this body of books also includes texts which convey the distinct Lithuanian Tatar way of life. Religious teachings, ceremonial rituals, as well as didactic narratives and guidance advised readers how to follow a righteous path in life and even included magic formulas which offered protection from various hardships, and were passed down from generation to generation via these manuscripts.

The legacy of Lithuanian Tatar manuscripts presented in this exhibition is a collection preserved by the Tatar Muslim spiritual centre (muftiate) that thrived in Vilnius from 1926 to 1944, and consists of religious literature recorded in the 18th and 19th centuries, including manuscript books and individual handwritten pages. The exhibition features examples of the Quran, the most important holy book in Islam. Visitors are also invited to view tajwids, or guides to reading the Quran, commentary on these texts known as tafsirs, large format books called kitabs, as well as small prayer books known as khamails.

The manuscripts and the records contained within them recount the people who transcribed them and the individuals who owned the books. Notations in the texts tell us about the dates when the books were transcribed, the names of individual Tatars, places associated with the manuscripts, and the most important events in the lives of Tatar families: the birth of children, the death of loved ones, and even weddings.

The Lithuanian Tatar manuscript heritage is a thread linking the past with the present. The texts were transcribed with only minor changes from much older versions, and were cherished and passed down to future generations. Today, they continue to be treasured and used in Tatar homes.

This exhibition is not only an opportunity to view these handwritten Lithuanian Tatar books and enjoy their beautiful calligraphy, but also to discover the world contained within these texts, telling us more about the religion, traditions, spells, incantations, and therapeutic or protective texts embraced by a people who have lived alongside us for centuries.