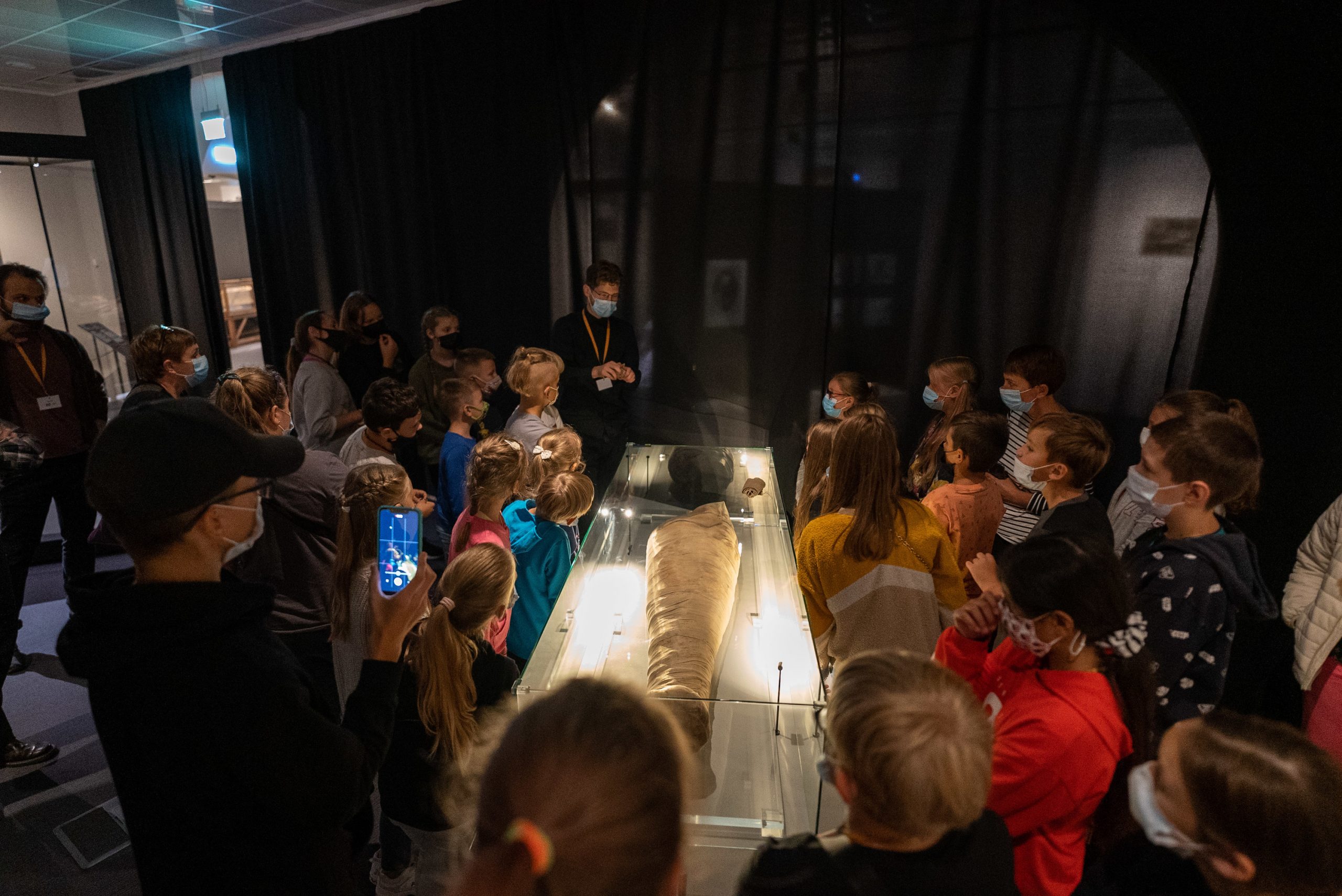 Since the earliest times, people from around the world have practiced bodily preservation, but the ancient Egyptians are credited to be those who perfected this art. Starting from Napoleon’s Egypt campaign, mummies have been discovered, purchased, and investigated as exotic objects, but only in the past century has their intrinsic cultural and medical significance been recognized.

Today, these people are being examined using a myriad methods, providing insights into life, death, and belief of the populations whence they came, but the approach must be ethical and noninvasive.

Benefitting from their own personal experience, scientists of the Medical Faculty of Vilnius University will guide the visitors through the world of mummy studies, sharing their own stories and those of the remains on display.

Rimantas Jankauskas is professor of Anthropology at Vilnius University, and a leading authority in the scientific study of human remains. He has investigated a large number of historic and forensic cases, including the soldiers of Napoleon’s army, and findings from war casualties.

Dario Piombino-Mascali is a chief researcher in Anthropology at Vilnius University, with extensive experience in mummy studies. He has worked on remains from four different continents, including the fire-mummies of Kabayan and the world-famous Neolithic Iceman.

Tour places are limited. You can experience the tour with a museum ticket.