Inside the Sarcophagus: Studying the Mummies of Ancient Egypt 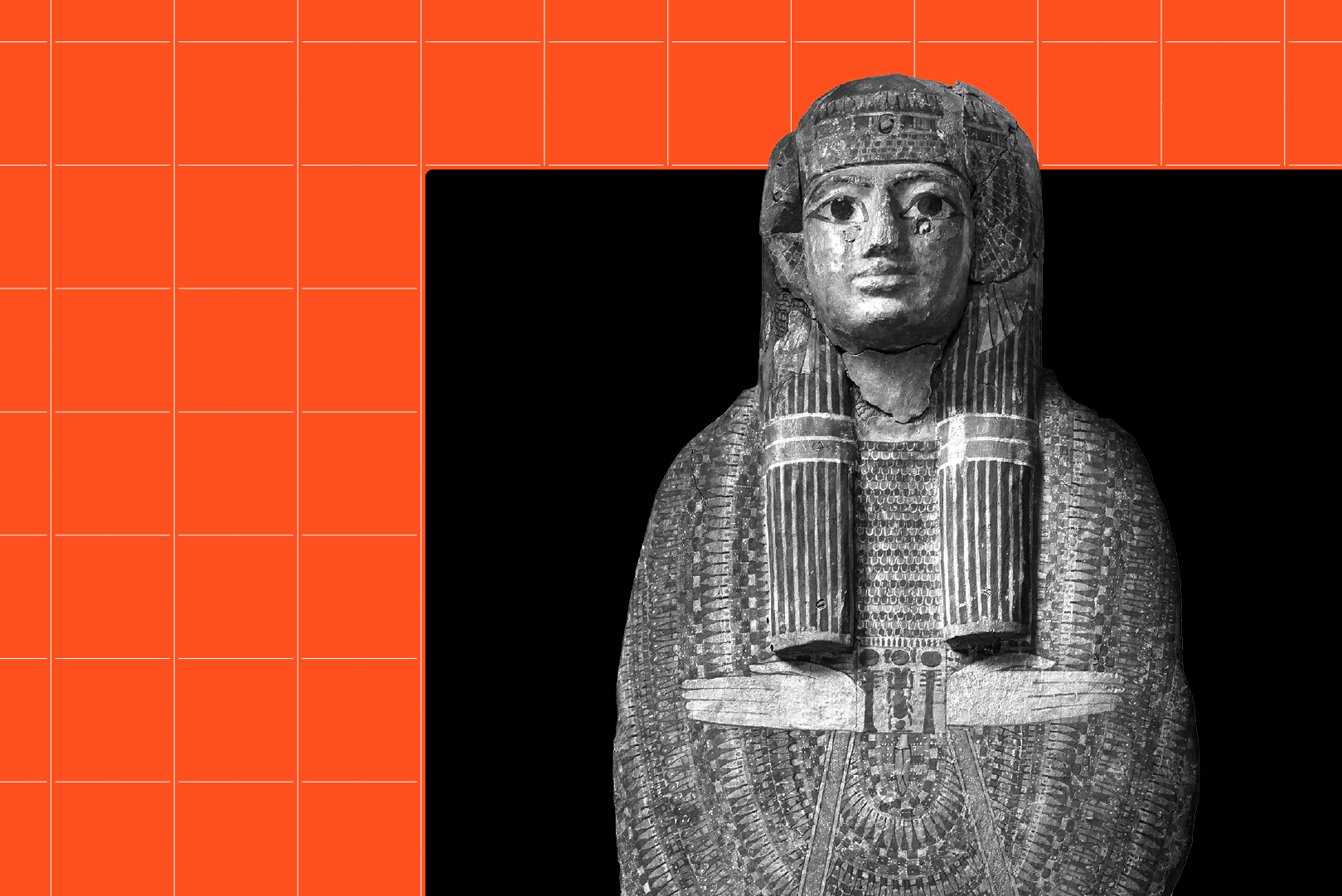 For centuries, people have been fascinated by the secrets of ancient Egyptian history and culture, which is why the radiological investigation conducted in 2011-2013 on mummies held at Lithuanian museums attracted such substantial attention from the public and the media. This exhibition tells the story of how these studies were conducted and what they discovered. As part of our effort to inform museum visitors more broadly about research conducted on the legacy of ancient Egypt, we have also chosen to review ancient Egyptian antiquities held in Lithuania, the story of how they came to be, and revisit the origins of Egyptology in Lithuania.

Ancient Egyptian mummies are displayed here alongside other objects buried together with the deceased, accompanying them on their journey into the afterlife. Mummy research is explored here within the broader context of the evolution of Egyptology. Through a comparison of the treasure-hunting nature of 19th century research and the pursuit of archaeology as an academic discipline in the early 20th century, we focus our attention on two researchers from Lithuania who represent two very different periods: amateur archaeologist and collector Michał Tyszkiewicz (Mykolas Tiškevičius, 1828–1897) and Egyptologist Marija Rudzinskaitė-Arcimavičienė (1885–1941). We also review interdisciplinary research conducted in the 21st century which combined expertise from the fields of archaeology, medicine, and the natural sciences.

The exhibits displayed here give us insight into ancient Egyptian attempts to overcome death. They explore depictions of the afterlife, funerary equipment, the secrets of the mummification process, ancient Egyptian gods, and samples of hieroglyphic writing. In addition, examples of fake mummies recall the enormous interest in mummies that arose in the 19th century and the great demand for souvenirs it produced.

Our exploration of the evolution of Egyptology and subsequent bioarchaeological research reveals the changing understanding of studied objects, the expanding spectrum of study methods, and the opportunities for deploying technology to advance scientific knowledge. An interactive introduction to scientific research methods and their findings gives visitors a chance to explore their own interpretations. This exhibition also encourages visitors to reflect on difficult questions about life and death or the ethics of scientific research and antiquities collecting.
Sarcophagi and coffins contain much more than just mummies and treasures. As they reveal what ancient Egyptians believed about life and the world, they can also tell us the story of how a particular deceased person lived and about the great passion of later generations to know and study the past. What secrets do they hold for you?