Can I talk to them? 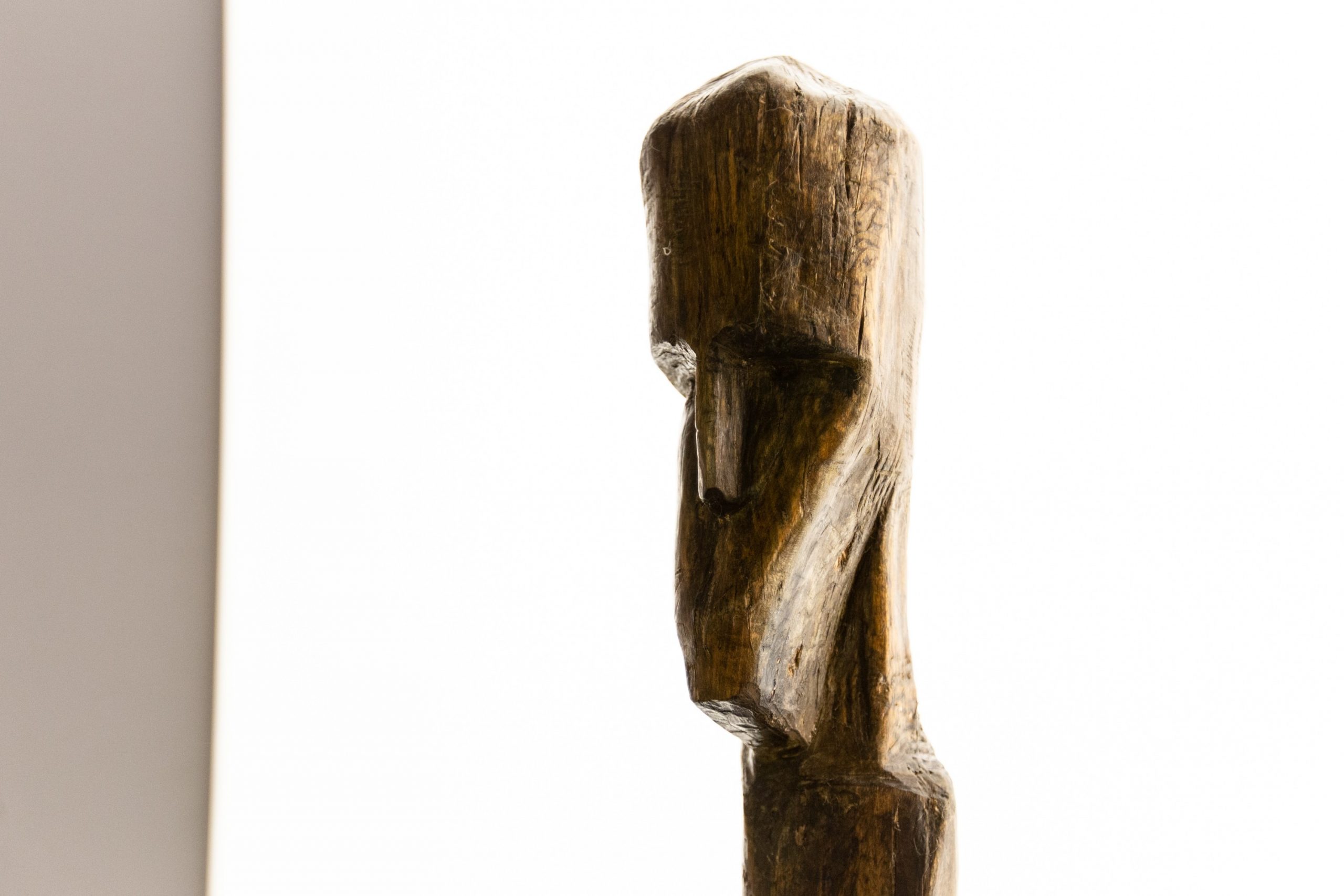 Her discoveries link our times with the days of more primitive people. They are a way for prehistory to become known to us. Seven of Rimutė Rimantienė’s most famous discoveries recount the surprising stories of the Stone Age and reveal how once, thousands of years ago, prehistoric humans experienced their world. After many years of archaeological study, these artefacts are presented as a comprehensive experience for the first time, inviting 21st century humans to enter into a direct conversation with their Stone Age ancestors – seemingly so distant, but also surprisingly similar to ourselves.

Energetic work conducted over many decades, extremely meticulous research, and a lifelong devotion to learning about prehistory led Rimutė Rimantienė to become the first researcher within the field of Lithuanian Stone Age archaeology and its most dedicated and recognized contributor. Rimantienė’s discoveries and the image of the Stone Age she studied and laid out in great detail is synonymous with Lithuanian Stone Age archaeology.

Rimantienė inherited her talent for devoting special attention to every detail from her talented and intellectual parents and grandparents. Her cultural surroundings helped her develop an amazing understanding of the world and of human beings, as well as the art and culture they created. All of this shaped a phenomenal individual endowed with the unique characteristics necessary for such a complex task: revealing and exploring the way of life of Lithuania’s first inhabitants.

Rimantienė’s tireless insight, curiosity, and desire to know the world has reached the one hundred year mark. Her extensive legacy of accomplishments includes hundreds of published works about archaeological research written for both academics and the general public, including children and young readers. Rimutė Rimantienė is an inspiring example of the ideal student of the past: able not only to focus their own interest, but also to foster the curiosity of others in the mysteries of the Stone Age.

Every archaeological discovery has something to say. First, it speaks to those who make the discovery, the people of science, but we too can experience its eloquence. Each detail, even when spoken by a fragmented archaeological finding, clarifies and adds colour to our picture of the Stone Age, breathing movement into the image of the past evolving in our minds.

The poet Jonas Strielkūnas once asked: Can I talk to them? Quoted by Rimutė Rimantienė herself, this question took on the weight inherent in the interpretation of the entire meaning of archaeology: Perhaps, by touching, studying and coming to know prehistoric objects, we can indeed start up a conversation with them – with our ancestors?

Each of Rimutė Rimantienė’s published works is merits its own focus. Researchers in Lithuania and around the world continue to explore her illustrated discoveries, reading her explanation of the Stone Age and noting every observed detail. Much of her work has been revisited, combined, and compared to research material found at other European sites. Rimantienė’s knowledge of French, German, Scandinavian and other languages and her active correspondence with the most renowned archaeologists abroad not only enriched her own understanding of the Stone Age on our shared continent, but also informed foreign scientists about prehistoric research conducted in Lithuania, amplifying the name of our country abroad.

Rimantienė’s students and the volunteers who joined her on excavations and on the most fascinating expeditions all agree that she was someone who could capture anyone’s attention with her stories and explanation of prehistory. Perhaps this is why Rimutė Rimantienė can take pleasure from the fact that four generations of specialists were inspired by her to pursue Stone Age archaeology and find their own path to that field. Her keys to professional archaeology were meticulous and systematic work and building a strong, reliable, and trustworthy team. Only in this way could great and meaningful work be accomplished, while simultaneously training talented specialists for the future of Lithuanian archaeology.

Unlike the archaeology of any other period, studying the Stone Age is inextricably linked to the accurate illustration of findings. Did you know that the illustration of flint artefacts is essentially its own system of signs known only to those who study it? Spatial drawing and special marking is the international language shared by all the world’s archaeologists, from which they can derive extensive information about an artefact from a moment’s glance at its rendering.