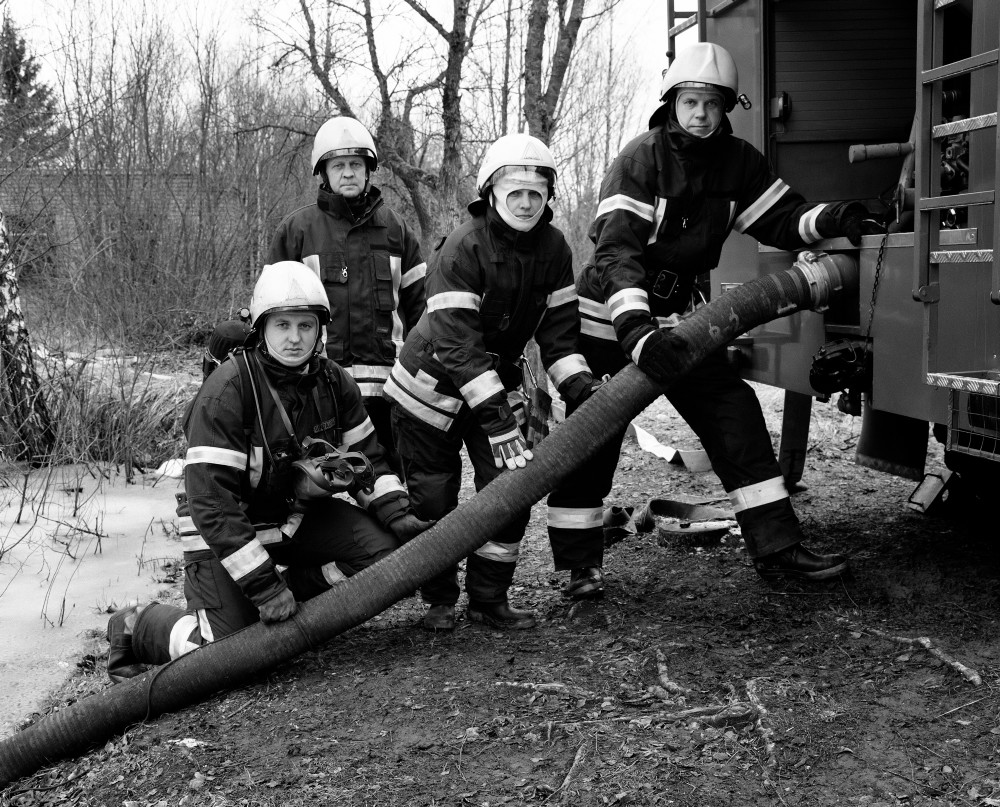 This may seem like a dangerously simple name for an exhibition. As well as the determination to photograph the simplest, daily visible, and sometimes complex or even completely “invisible” jobs. After all, it’s all “here, close, now.” But the next moment this “now” turns into the past, and after many years into history. The author states that it is a portrait of an active Lithuania and a kind of archive for future generations.

Since 2015 Arūnas Baltėnas has created almost 400 photographic cycles about working and creative Lithuanian people, as well as about those who left Lithuania after the 1990s and established themselves in other countries. So we can rightly call the author a photojournalist or even a social anthropologist (in many cases, conversations with the characters are also recorded) who documents the diversity of human activities during his expeditions. In Baltėnas’ photographs, we do not find a “view from above” – all the captured characters are noble and equal, regardless of the nature of their work. While the photographer captures the people working at the particular moment, in his artistic concept we can recognize the universal stability of the world.

The exhibition consists of three cycles of photographs. The first one consists of black and white shots showing Lithuanian people of various professions in their working environment (a smaller part of more than 200 series is shown). The second topic is about fans of a certain field who have dedicated their free time to various hobbies or ideas. The third part of the exhibition consists of portraits of Lithuanian emigrants created in New York, Paris and Berlin. Many of them, although still young, have already reached professional heights in culture, science, business. I would like to call them not “emigrants”, but “Lithuanians working in the world” (most of them, by the way, often visit Lithuania). They are an integral, active and energetic part of our country.

Arūnas Baltėnas was born in 1956 in Kaunas. From 1975 to 1979 he studied at Vilnius University. After graduation, he worked at the Institute of Mathematics and Cybernetics, the Art Monuments Collection Group and R. Paknis’ Publishing House. Since 2010 Arūnas Baltėnas has been working at the National Museum of Lithuania. In 1980 he joined the Lithuanian Photographic Artists’ Union, since then he has organized more than ten personal exhibitions, and released nine albums with his work. The author’s works have been exhibited in Poland, USA, Italy, China, France, Luxembourg among others.

This exhibition was supported by the Lithuanian Culture Council, and the expedition to New York was funded by the February 16th Foundation.