Skip to content
The Bastion of the Vilnius Defence Wall

Expositions are free of charge for the following visitors: museum employees; members of the International Council of Museums (ICOM); members of artist associations, the Lithuanian Association of Art Historians, the International Association of Art Critics, the Lithuanian Association of Archaeologists, the Lithuanian Guide Union, the Lithuanian Journalist Union, and the Lithuanian art photographers Union; students of Vilnius Art School for Children and Youth; friends and benefactors of the museum (upon the submission of an appropriate document); cadets and conscripts from General Jonas Zemaitis Military Academy of Lithuania; soldiers of the Lithuanian Grand Duke Gediminas Headquarters Battalion; soldiers in mandatory military service; army volunteers; pre-school children; residents of children care homes and socially supported children; the handicapped (0-25% work capacity) and their accompanying persons; persons from 80 years of age; teachers accompanying groups of schoolchildren; journalists; employees of the Cultural Heritage Department at the Ministry of Culture and its territorial branches, with a civil servant’s or employee’s identification card; tourists with the Vilnius City Card; all visitors on the last Sunday of each month.

Information for disabled visitors: the main exhibition halls of the Bastion of the Vilnius Defence Wall have wheelchair access.

Guided tours are available in Lithuanian, English and Russian languages. Guided tours must be ordered in advance by phone or e-mail (8 5 261 21 49, basteja@lnm.lt). 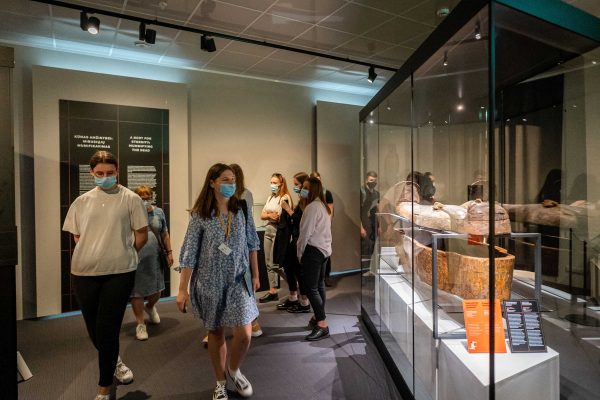 Free admission to the museum

Last Sunday of each month 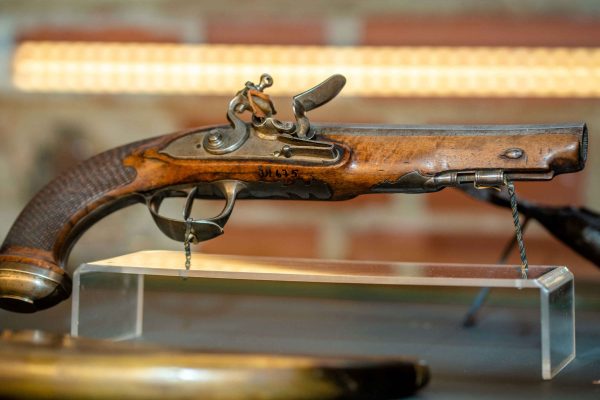 Renewed exposition “From Flint to Gunpowder: Weapons through the Ages”

The Bastion of the Vilnius Defence Wall

The museum at the Bastion of the Vilnius Defence Wall tells the history of the Grand Duchy of Lithuania’s weaponry and defence practices.

Artillery weapons and small salute canons used for events, as well as smaller calibre weapons; a long speared gun called an arquebus, a hand grenade, a pistol and a rifle; elements from 17th–18th century Grand Duchy of Lithuania soldiers’ armour – helmets, breastplates, half-armour. The history of Vilnius and its defence is further illuminated by such exhibition pieces as an executioner’s sword, locks from the gates of the Vilnius defence wall, etchings and sketches of city plans, and intriguing excerpts from Kazimieras Simonavičius’s mid-17th century work “The Great Art of Artillery”.

Here the visitor will see not only the earliest gunpowder-firing weapons but will learn a great deal about the use of artillery in Lithuania’s past: from early grenades and mortars to 17¬–18th century mobile and functional types of canons.

The Grand Duchy of Lithuania’s defence history is varied and full of intriguing historical facts, which are reflected in the Bastion Museum exhibition: hussar cavalrymen adorned with wings; the first European textbook about artillery, by Kazimieras Simonavičius, whose visionary ideas included plans for a multi-level space rockets; images of Our Lady of the Gates of Dawn on soldiers’ breastplates…

While telling the story of the city’s past, the more than 400-year-old Bastion raises a multitude of intriguing questions: how did the residents of 16th century Vilnius defend themselves while the defence wall was being built? How many gates did it have and what kinds of locks were used to secure them? Did the city’s executioner really live next to the Bastion? Where in the Bastion is the treasure of the cursed maiden hidden? And did the Basilisk that allegedly lived in a cave in the Bastion hill and kept the city in terrors hundreds of years ago really exist?

One of the most unique branches of the National Museum of Lithuania is the Bastion of the Vilnius Defence Wall, a site that is remarkable for both its horseshoe form and its history.

The territory of the Vilnius Upper and Lower Castles was well fortified from older times. When Vilnius began to grow in the 15th century, the city’s territory expanded and its castles could not provide sufficient protection to the townspeople. Both a growing centralized Russia and constant Tatar attacks presented threats to both Vilnius and the entire Grand Duchy of Lithuania.

In 1503 Lithuanian Grand Duke Alexander satisfied Vilnius residents’ requests that a stone defence wall be built around the city. Eventually, most likely at the beginning of the 18th century, one part of the wall also became a defence structure – a bastion consisting of a tower, a horseshoe-shaped space for artillery, and a tunnel connecting the two. It is thought that the building was designed by the military engineer Fryderyk Getkant.

The bastion and the city defence wall suffered considerable damage during the mid-17th century, during the war with Moscow. Having lost its defence function, the bastion fell to disrepair – its territory was turned into a garbage dump and former trenches and stonework were buried.

Thorough analysis of this site began in 1965, and over the following two decades the bastion was unearthed and reconstructed. Today the Vilnius Bastion is the only heritage building of this sort in Lithuania. The museum contains the story of Lithuania’s defence during many challenging centuries.