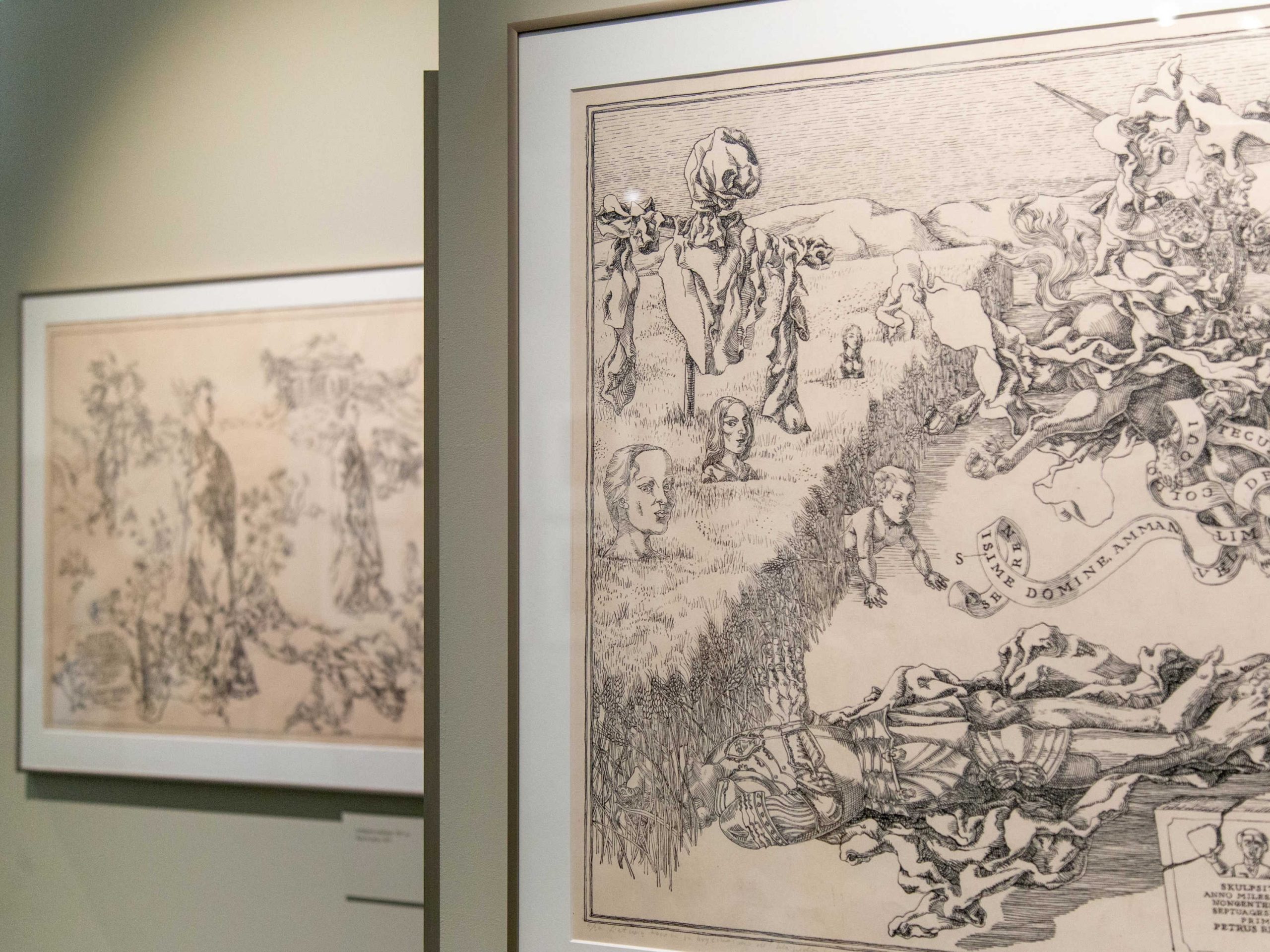 This exhibition is the first overview of Repšys’s work, even though the artist has been long acclaimed as a classic of modernism both in Lithuania and beyond. The narrative axis of the exhibition is the artist and history. Not only the history of the Lithuanian state and its citizens, but also the account of the life of the artist himself and his family. History has permeated the entire oeuvre by Repšys, and its micro and macro narratives are intrinsically related.

The exhibition’s timeline is framed by two works: a small etching Swirl (1992), representing the back of a young man’s head with thoughts arranged in curved lines that form a swirl in the centre, and Repšys’s most recent bas-relief The Christianisation of Lithuania (2020), which took him many years of meticulous work. These two images symbolically represent the creative process itself, born in the artist’s head teeming with thoughts and transformed by his hands into images of articulated form embodied in sustainable material.

The exhibition subtitle The Works was suggested by Petras Repšys himself. In this way he sought to emphasise how much handwork, time, physical and psychological energy, meticulousness and ingenuity he has put into his works. Repšys has never represented and does not represent anything that goes against his convictions based on the deep respect and love for his country, its people, culture and language, its past and future. For Repšys, Lithuania is a child of Western Christianity and, alongside, a very interesting part of the entire colourful world. Sometimes the artist reflects on his country as one of God’s creatures, and sometimes plunges into daily life that he finds amusing or annoying. A philosopher rather than a historian, with his images he reminds us that the eternal and the temporary, the noble and the trivial, good and evil always exist side by side, despite out attempts to balance it. This kind of approach does not leave any room for banality, as it encourages seeing a shadow of the past behind every individual, object or event, and remembering that human nature and our relation to the world is basically unchanging.